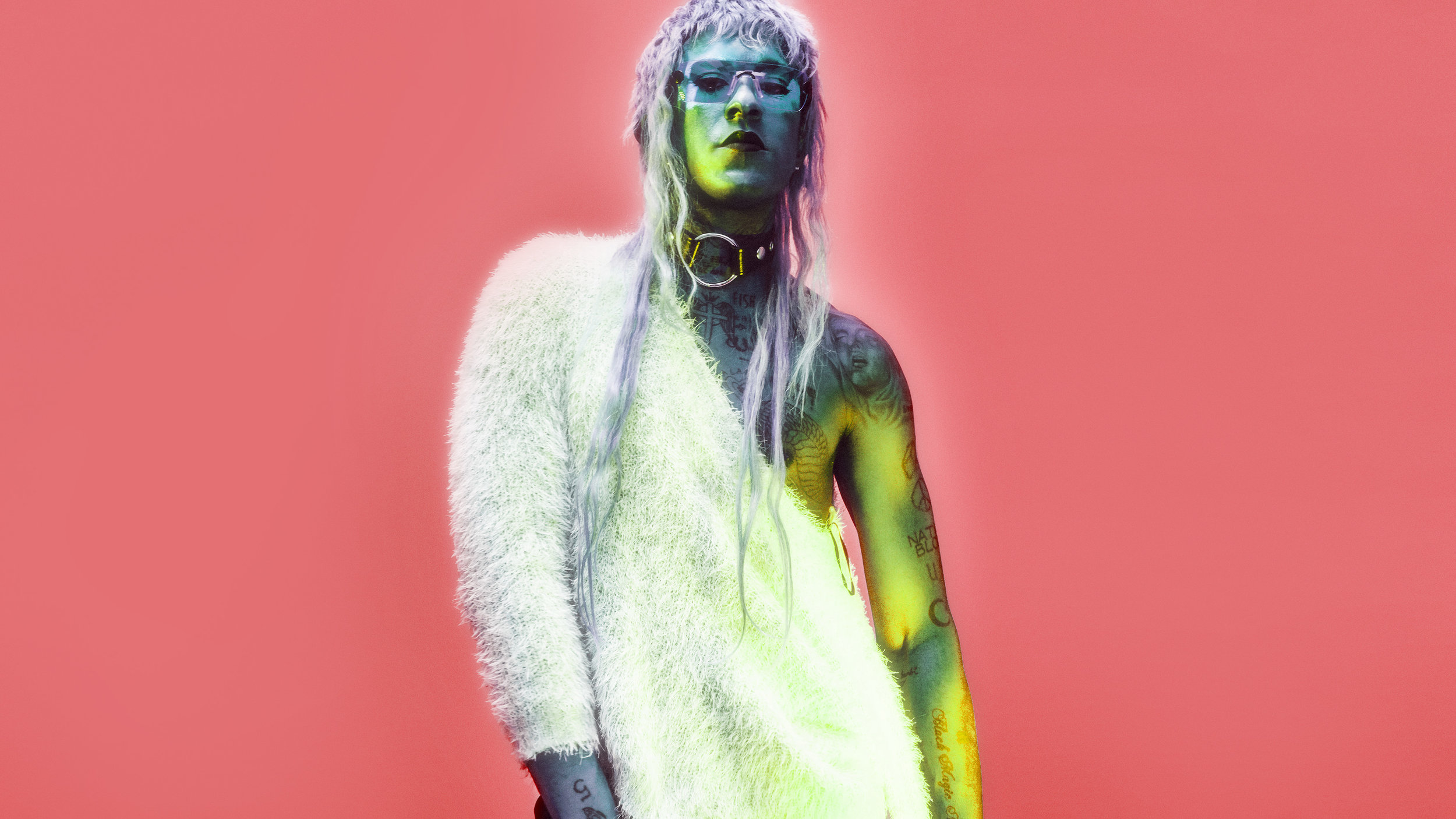 Presented by Take Me Somewhere and Outspoken Arts Scotland, in association with Synergy Concerts.

“★★★★
this arresting, gender-fluid rapper sashays magnificently between braggadocio and distress, prodigious drug use and squarer desires (real intimacy, monogamous love), between naked Snapchatting and soul-baring. He has HIV, and can’t find his shoes. It’s one of the year’s most riveting musical self-portraits, in which trap beats alternate with string sections, and demi-monde specifics with universal needs.”
— GUARDIAN

A fearless artist at his challenging yet melodic best, Mykki Blanco released his debut album “Mykki” (produced by Woodkid and Jermiah Meece) in 2016.

Mykki Blanco has metamorphosed many times. The multi-faceted star was a child actor who founded a performance art collective as a teen, ran away from home, and won scholarships to two prestigious art colleges, quitting both as he realised that “the art world is just one big scam for rich people”.

Finding fame first as a fearless noise rap poet, he published a book “From The Silence Of Duchamp To The Noise Of Boys”. Then what started as a video art project about a “teenage drag rapper” transformed into two years of Blanco living as a transgender woman in his personal life. Though eventually not transitioning, Mykki graduated into the non-binary gender-queer post-homo-hop musical artist that we see before us today. Needless to say, it’s impossible to pigeon-hole Blanco, and his unique and beautiful sound is no exception.

Amassing a vast online following with a savvy and savage social media output, Mykki is hailed online as a digital warrior princess who rules across the underground music scene.