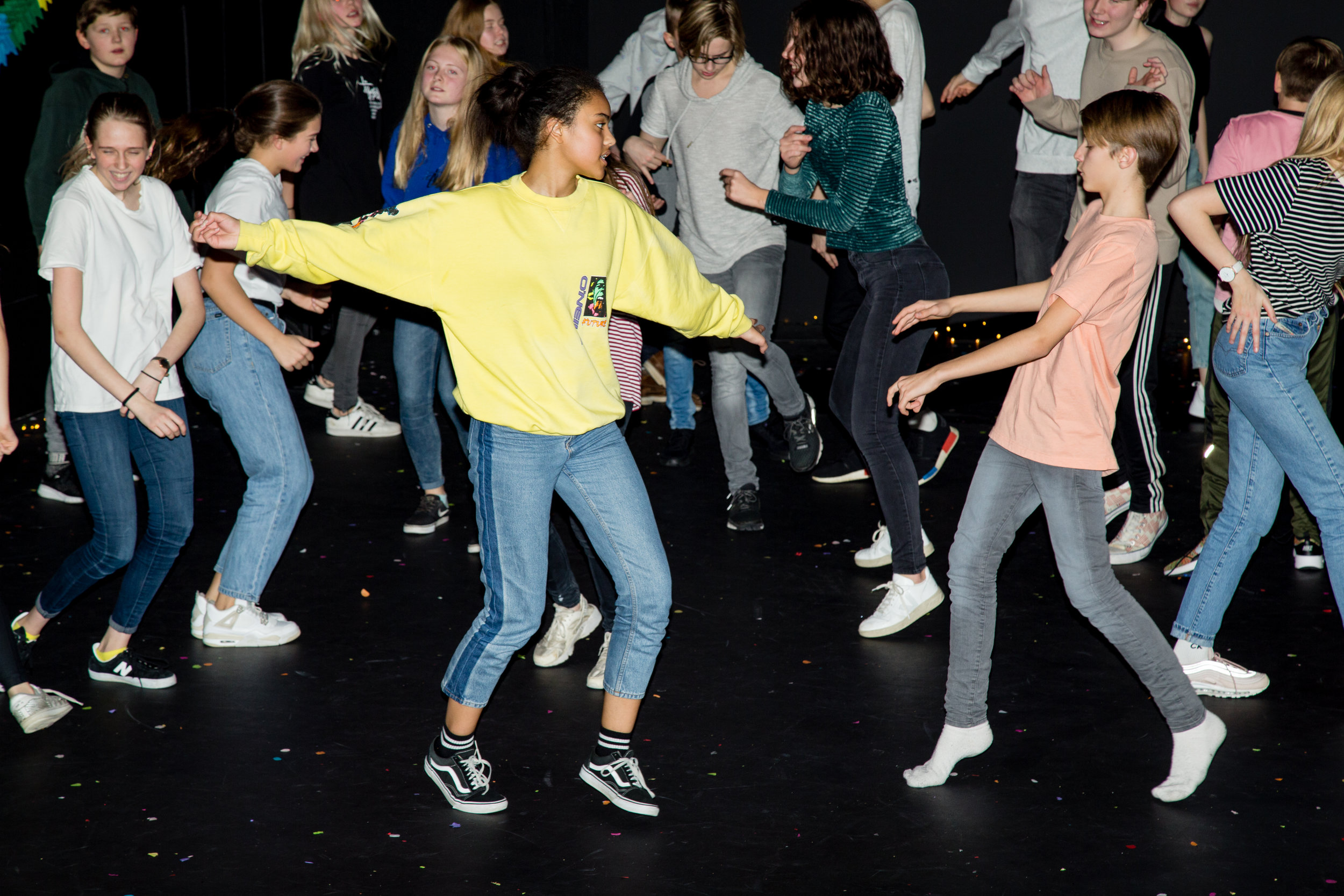 PRESENTED BY OUTSPOKEN ARTS AND TAKE ME SOMEWHERE FESTIVAL.

Listening Party is a party on stage, the hosts are a big group of teenagers, aged 13-17 years old. They play their favourite music. Sometimes they sing along or dance along or cry along or whatever. They talk about their music and about themselves, ideas, worries, thoughts and dreams. They hang out, listen to music together and listen to each other with their audience. They support each other, celebrate each other and their teenage years. The stage is theirs, the words are theirs, they have the power – even though it’s just during the show – it’s their party and they do whatever they want.

Commissioned and produced by Reykjavík Dance Festival and Lókal in the frame of “Into the City onto the Stage” with the support of the Ministry of Culture and Education and apap – Performing Europe 2020, co-funded by the Creative Europe Programme of the European Union. Residency: Teatro Nacional D. Maria II in Lisbon. Listening Party was premiered at Everybody’s Spectacular 2017, in Kúlan the National Theatre of Iceland.