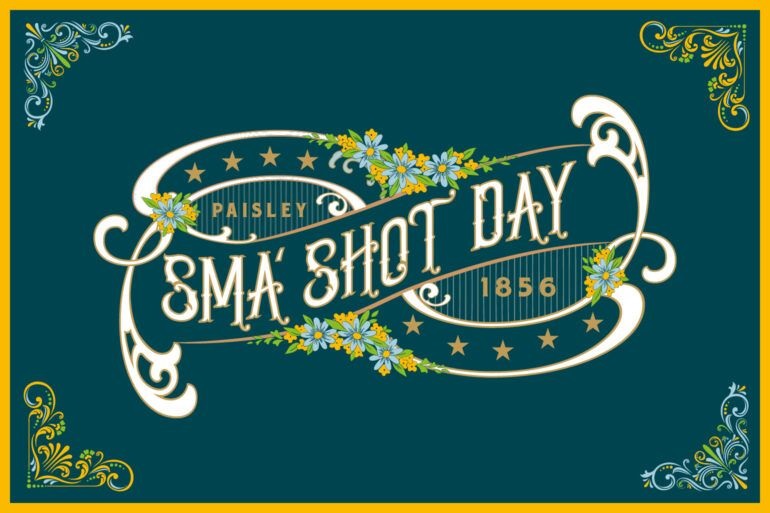 Sma’ Shot Day, Paisley came about as a result of a political battle fought between the weavers of Paisley and their employers, the manufacturers, in the 19th Century. The Sma’ (small) Shot was a cotton thread which bound all the colourful weft threads into the warps of the famous shawls.

Sat 2nd July 2022 will see this Annual Parade return to full strength.  In addition, an Artists Market and Craft Fair will operate on the ground floor of the former Allders Store, now called THE ART DEPARTMENT, run by Outspoken Arts.