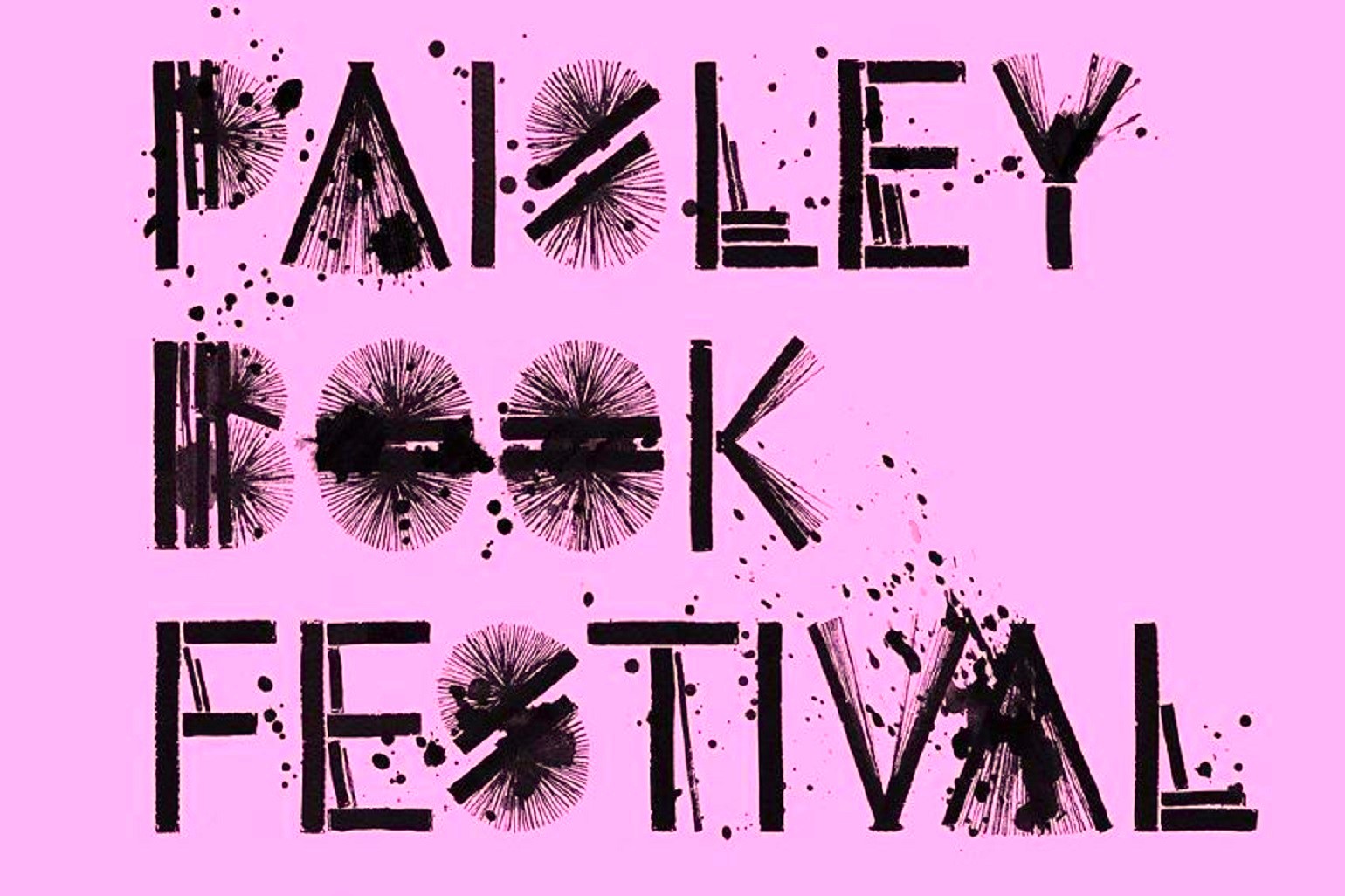 It’s time to look at the world of words differently, shake things up and build something new.

Some of Scotland and the UK’s leading authors will descend on Paisley in 2023, with Paisley Book Festival’s first full programme of in-person discussions and events since the pandemic. In a first for Paisley Book Festival, the majority of events will allow those attending to pay what they can, in recognition of the cost-of-living crisis.

The festival, produced and delivered by OneRen, runs over four days from 16 – 19 February, 2023 and features events with the Hebridean Baker, Darren McGarvey, Jackie Kay and Michael Pedersen, Denise Mina and Tariq Ashkanani among others. There will also be a significant schools’ programme with a number of free events bringing authors to Renfrewshire schools, inspiring joy for literacy and books amongst our children and young people. PBF is also home to the Janet Coats Memorial Prize for poetry and this year’s Writer In Residence, Kerry Hudson, who is taking the joy of reading and literature across Renfrewshire communities.

PBF programmers, Heather McDaid, an award-winning independent publisher, and Sha Nazir, a multi-skilled artist, writer and producer, have brought together some of the finest literary talent to wow audiences in the town. The festival will feature over 50 authors, poets and event hosts, covering a total of 32 public events and 36 school events. Highlights include:

Heather said: “We’re happy to finally reveal the 2023 line-up for Paisley Book Festival, and we can’t wait to bring such a fantastic range of authors to Paisley, some returning, others for the first time. From crime fiction, poetry, memoir, children’s and far beyond, we’re looking forward to welcoming audiences to celebrate and discover new books and authors in their many forms, particularly after the last few years of disruption, both in terms of events, and life more broadly.”

The festival will be based in the University of the West of Scotland’s Union as a main venue, as well as Paisley Central Library and a new venue at the Art Department, Outspoken Arts.

Sha added: “The middle of February will host a huge selection of literary events for all ages and tastes as the Paisley Book Festival returns to kick off Paisley’s cultural year. Hosted at multiple venues across the city centre we’re really excited for the people of Paisley to welcome authors and attendees from across the country to this grand town.”

For the first time, PBF is introducing a pay what you can model for the majority of events. OneRen’s Louise Oliver, the festival producer, said: “We know how hard it’s been for so many in our communities and we don’t want cost to be a barrier to participation. The Paisley Book Festival is for everyone and for most of our events, we’re offering a tiered pricing structure. We hope this will help to make the arts accessible to all and in that spirit, we’ll ask patrons to pay what they can afford, no questions asked.”

The Paisley Book Festival is supported by Future Paisley, the wide-ranging programme of events, activity and investment using Paisley’s unique and internationally-significant cultural stories to transform its future. It is funded by Renfrewshire Council and Creative Scotland and delivered by OneRen. OneRen is the local charitable trust in Renfrewshire providing culture, leisure and sporting opportunities to help people enjoy active and healthy lives.